Terry J. asks: “I once heard of a sort of moonshine that was made by locals on Maui from fermented pineapple. They may have called it swipe?” 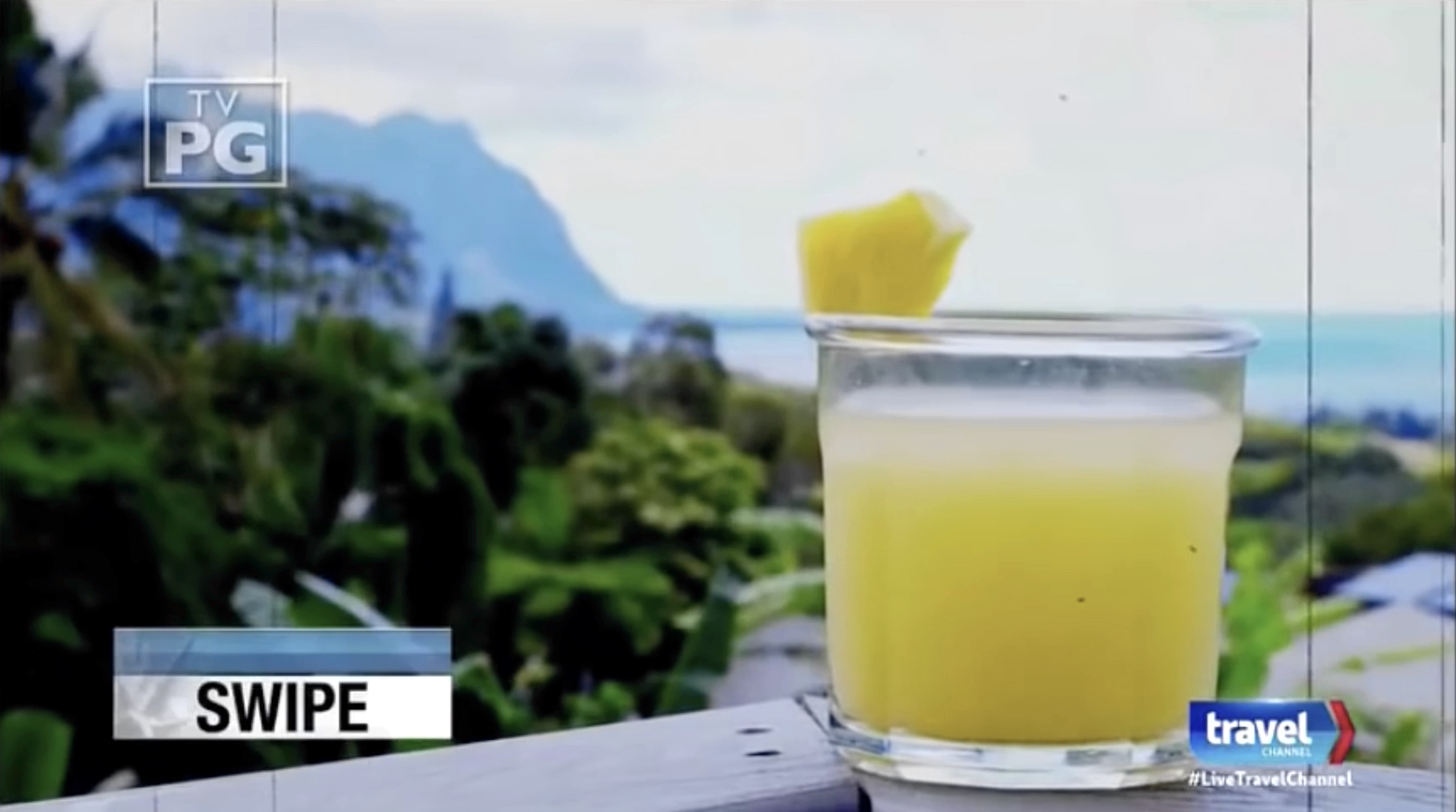 “Swipes may sound like some modern cleaning product, but, in fact, the term refers to a style of intoxicating drinks from mid- to late-nineteenth century Hawaii… low-alcohol brew made, at its best, from sweet potatoes, honey, sugar, molasses, bread fruit, and other produce or cane products brewers and bootleggers could get their hands on. The ingredients, however, were classic moonshine ingredients; anything fermentable, nearby, and cheap went into the pot. At its worst, the stuff was a toxic slop adulterated by unscrupulous bootleggers for desperate classes of drinkers.”

The American brand of civilization has taken another fall out of the native article brewed in Hawaii. Liquor inspectors recently raided the districts of Kakaako, Honuakaha and Kukuluaco, captured several native stills and spilled vast quantities of swipes on the thirsty ground. Something like a thousand gallons of native dope were confiscated and spilled, while the makers looked on amazed and weeping.

Swipes to the native Hawaiian is what pulque is to Mexicans, or beno to the Filipinos. It cannot be classified under American revenue laws, nor does it approach the American standard of booze. Besides the natives neglected to procure a distiller’s license. In its simple state, swipes does not equal pulque or beno, but when mixed with hot stuff it is swifter than jersey lightning or forty-rod.

As it is commonly known in Hawaii, swipes is the native beer. The beverage might be made almost of the ingredients found in any well regulated and stocked kitchen. The principal articles used in the manufacture are sugar, corn, pineapple root and Chinese ginger, bran, potatoes and sliced pineapples. It is fermented and strained after standing about four or five days and is then ready for use.

Made with the above ingredients, it is a good drink and not any more intoxicating than ordinary beer. To give it a specially “kill devil” effect, alcohol and tobacco and methylated spirits are often added. When it is dosed this way it is extremely intoxicating and gives the drinker a fighting jab, which improves with age.

The drinking of swipes gives the drinker a terrible thirst. After swipes has been taken and the drinker is put to sleep he naturally wakes up after a while. The first thing he goes for is water. A glass of water starts the swipes going again and in a short time the man is very drunk. It is said that four or five glasses of doctored swipes will keep a man drunk for two or three days if water is taken after awakening from the drunken sleep.

In the 1975 book “WWII: A Chronicle of Soldering,” James Jones writes:

We did have ‘raising jack,’ or what we guys from Honolulu called ‘swipe,’ which was a Hawaiian word for bootleg liquor… We made our ‘swipe’ by stealing a five-gallon tin of canned peaches or plums or pineapple from the nearest ration dump, and putting a double handfull of sugar in it to help it ferment, and then leaving it out in the sun in the jungle with a piece of cheesecloth or mosquito netting over it to keep out the bugs.

It was the most godawful stuff to drink, sickly sweet and smelling very raunchy, but if you could get enough of it down and keep it down, it carried a wonderful wallop. The worst, most terribly awful bar-non hangover I ever had in my life before or after, I got from one of these late night ‘swipe’ parties where I passed out, to wake up lying in the mud in full tropical sunlight in the coconut groves not far from our tents.

The drink is also featured in a November 2015 episode of Booze Traveler, Season 2, Episode 9: