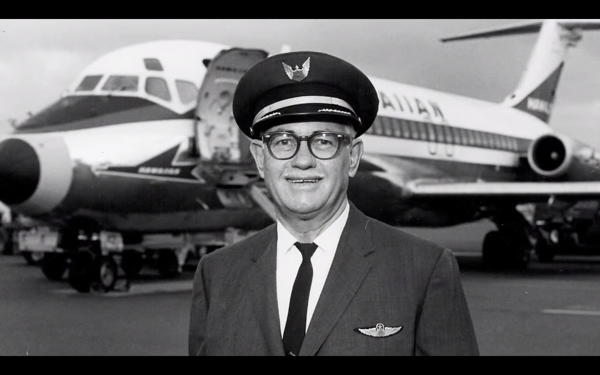 Kahului Airport is the second busiest airport in the State of Hawaii, located on the northern edge of the land bridge between Haleakala and the West Maui Mountain Range on the island of Maui. It’s three-letter IATA airport code is OGG.

OGG is a tribute to aviation pioneer Bertram J. Hogg. An accomplished pilot, Hogg started his career as a mechanic’s helper with Inter-Island Airways of Hawaii then later became the Captain of Flight Operation for Hawaiian Airlines. Hogg was said to be the first pilot to fly a commercial flight after the bombing of Pearl Harbor.

During his 41-year career, he flew a total of 25,000 hours on aircraft ranging from eight-passenger Sikorsky S-38 amphibians to Douglas DC-3s and DC-9s into the late 1960s.